Ageing World is a Women’s World 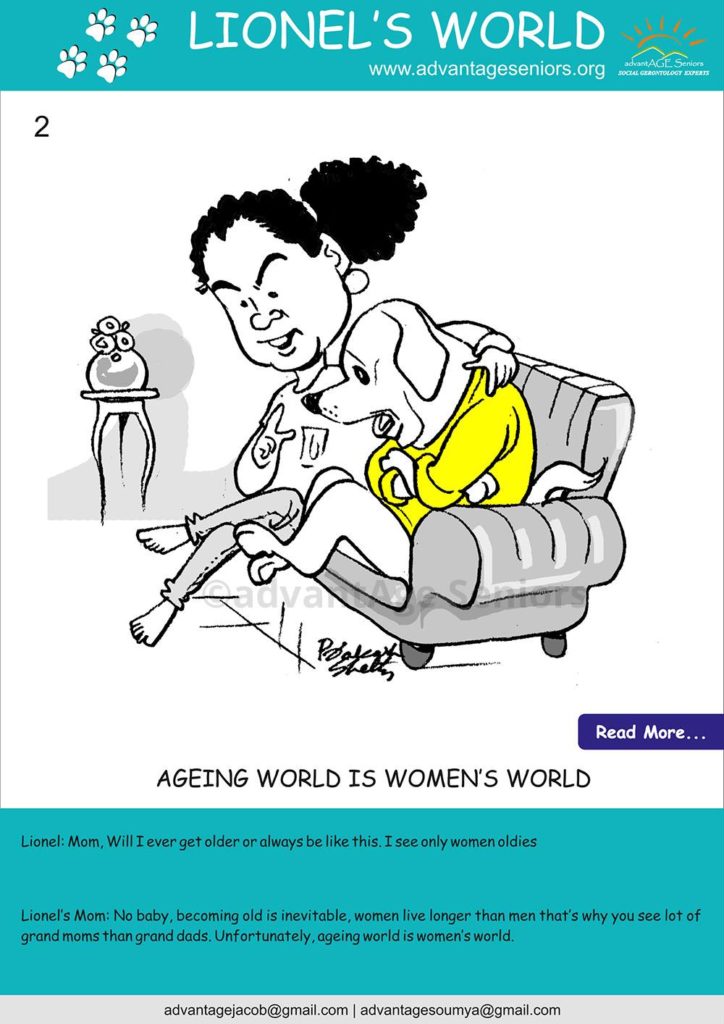 From the gender perspective, Ageing women make up a significant proportion of the world’s population and their numbers are growing. Women outnumber men in older age groups and this imbalance increases with age. Worldwide, there are some 123 women for every 100 men aged 60 and over.

The fastest growing group among ageing women is the oldest-old (age 80-plus).

In general most ageing women remain relatively healthy and independent until late in life, the very old most often require chronic care and help with day-to-day activities.

Every woman must confront the fact that she may have a much longer life than she expected to have. Women simply don’t believe they will live to at least age 85. But there are many issues women need to deal with as they age.

The failure to plan for the future has left many older women in greatly reduced financial circumstances, and some have become homeless or forced to move in with relatives and perceived as “burden”.

We as social gerontology consultants sum up few such scenarios.

“…More women live longer and they are much more likely to be alone.” “Of women 65 and over, eight out of 10 depend on their for virtually all of their income.”

“30 percent of the residual life expectancy at age 65 for women were spent in a state of chronic disability.”

“Old women are more subjected to neglect and abuse.”

“Inflation affects people who live longer more than those who live a shorter period so overall it is a greater issue for women. Its impact grows over time.”

These findings from our exposure to ‘many failing scenarios’ indicate that all women over 40 need to be thinking about the next 40 years of their lives, and yes, they probably will live that long or even more!